2018, April 25 – 27. The National Defense Foundation, together with its partner the Lithuanian Riflemen’s Union organized “Live Firing Show 2018“, the first ever international event of its type in the Baltic region.

17 representatives from foreign defense sector firms participated in the event, 400 spectators from 20 different nations were present. The participants had the opportunity to execute a live demonstration of their products, which included anti-tank weapons, grenade-launchers, ammunitions, armored vehicles, sensors, radars, optics, unmanned aerial vehicles (UAV), and various other forms of weaponry and equipment, as well logistical support and combat training/preparation equipment. The live demo led to an accurate and realistic portrayal of the equipment’s practical qualities and potentials for use.

We are very excited about the fact that “Live Firing Show 2018” attracted a great deal of attention from the international community. The organization of the event required the involvement and employment of 20 Lithuanian firms, who assisted in preparing the shooting range and the setting up of targets, the preparation of obstacles for the maneuverability/mobility tests. The firms also provided food, housing, construction, filming, transportation, security, engineering expertise, as well as other services.

This event is an excellent example of how close cooperation between governmental and non-governmental organizations can result in the planning and execution of events which are beneficial to the security of the nation and region. Without direct government investments, the event has generated around half a million euros for Lithuania.

We extend special thanks to the Lithuanian Armed Forces, the Ministry of National Defense, and the Lithuanian Riflemen’s Union, all of which have contributed to and supported us in organizing this complicated and advanced event.

We would also like to thank all the event’s professional organizers and staff for helping execute an event which was of great value to the Republic of Lithuania.

A link to the footage from the event: https://www.livefiringshow.com/video/ 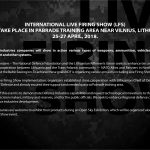 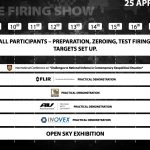 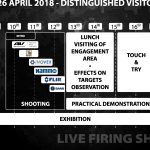 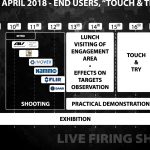 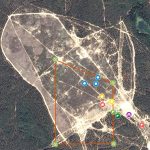 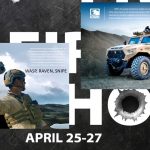 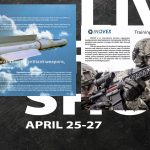 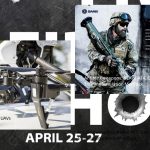 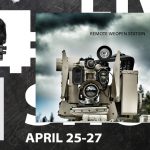 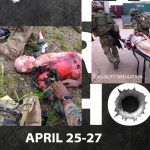